The second publication coming out from the Press is based on "Dracole Waida", a pamphlet first published in Nüremberg in 1488. The booklet presents Vlad III, Voivode of Wallachia, various crimes prior to his death, and it was used as a propaganda instrument. The popularity of the work is proven by the different print runs up to the 16th century in various imperial German cities. Vlad Tepes, or Vlad the Impaler, was the person who inspired the famous fictitious vampire, Count Dracula.

This pamphlet is a recreation based on the original German editions, with 12 pages. The text was all hand composed with moveable type and printed on a reconstructed 15th-century wooden Printing Press at Prelo Prints, Maribo, Denmark. The woodcut used for the cover was handmade in cherrywood. The cover of the colored version is painted with pigments used in the 15th century, with the exception of modern substitutes when the original color is toxic (vermillion, for example), and the text is rubricated in red.

The edition is set in Nürnberger Schwabacher and printed on 100% rag Hahnemühle Ingres laid paper, in an edition of 50 copies, 13 of which were hand colored and rubricated.

The last copies are available in the shop. 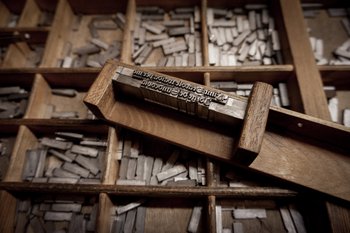 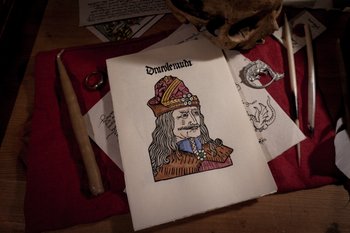 Text composed in Nürnberger Schwabacher. Woodcut portrait of Vlad Tepes for the cover and decorative initial border on the title page. 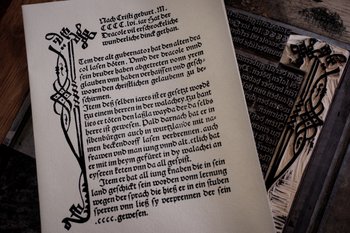 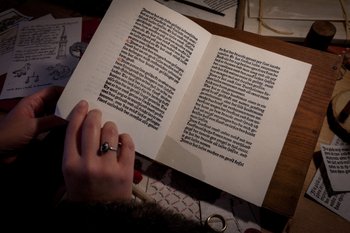 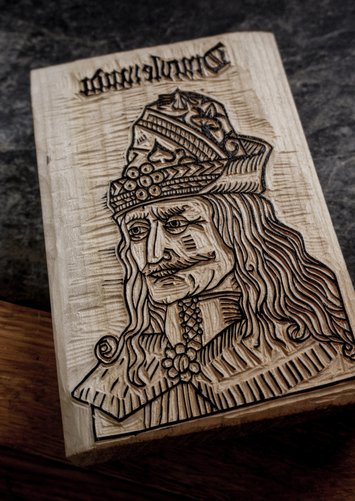 Prelo Prints is a project born from the love for letterpress and all forms of early print, its techniques, and history.